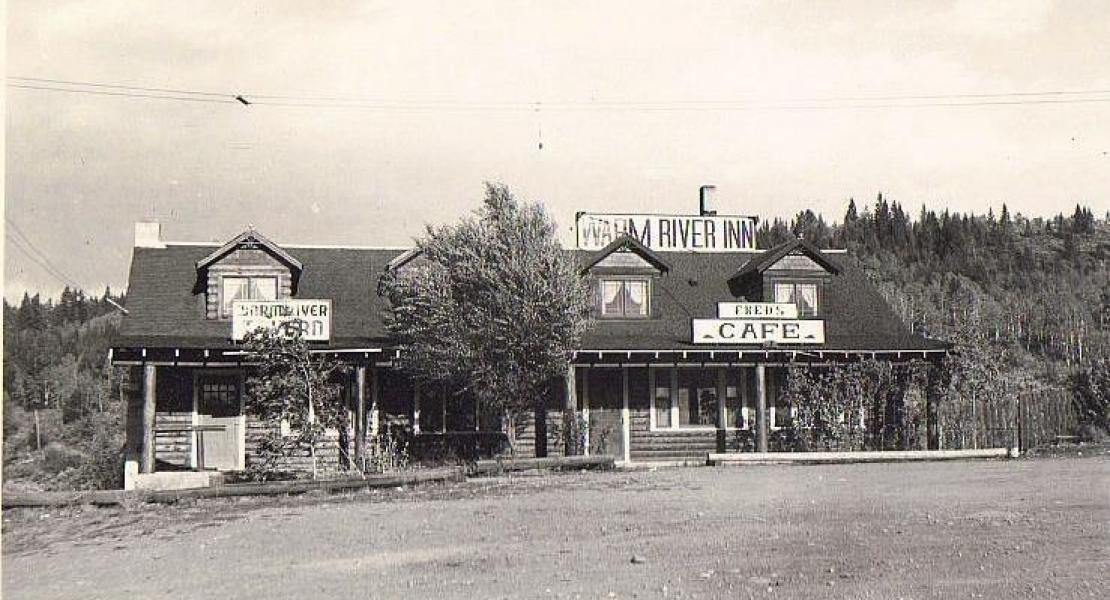 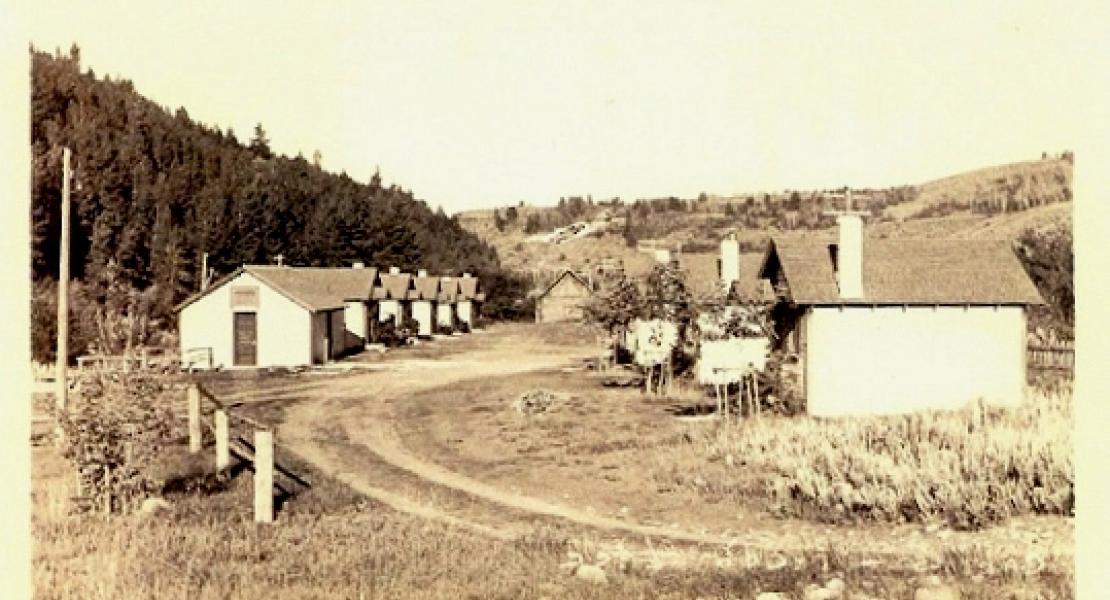 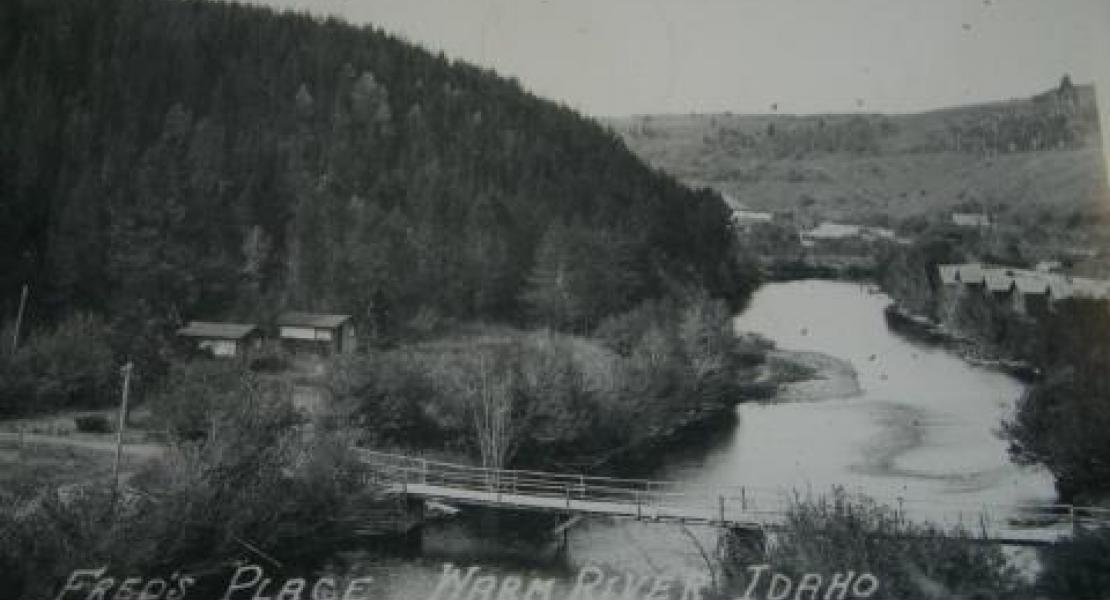 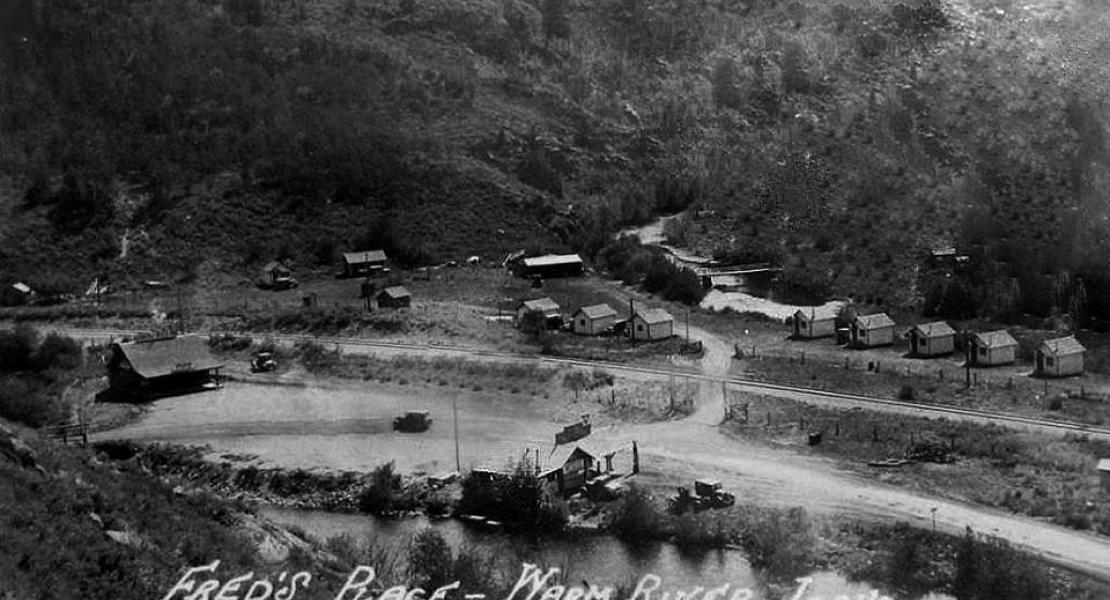 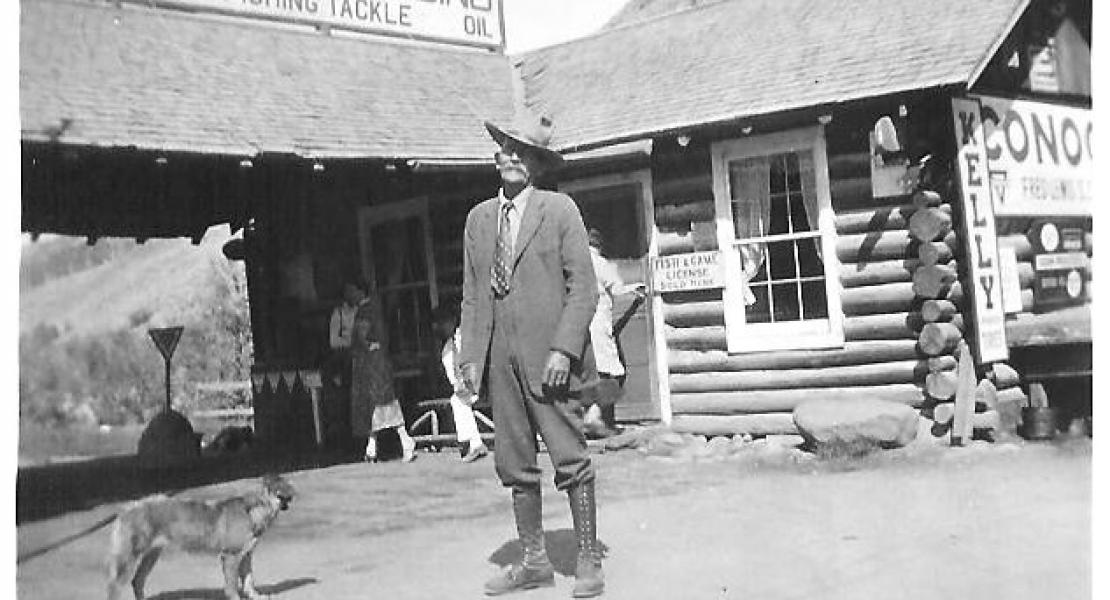 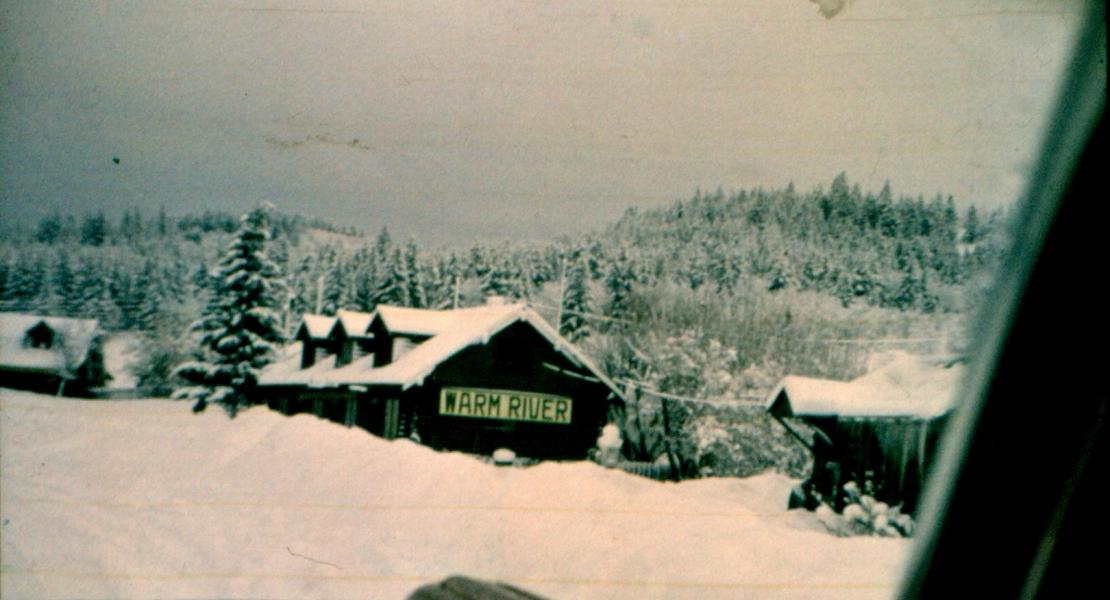 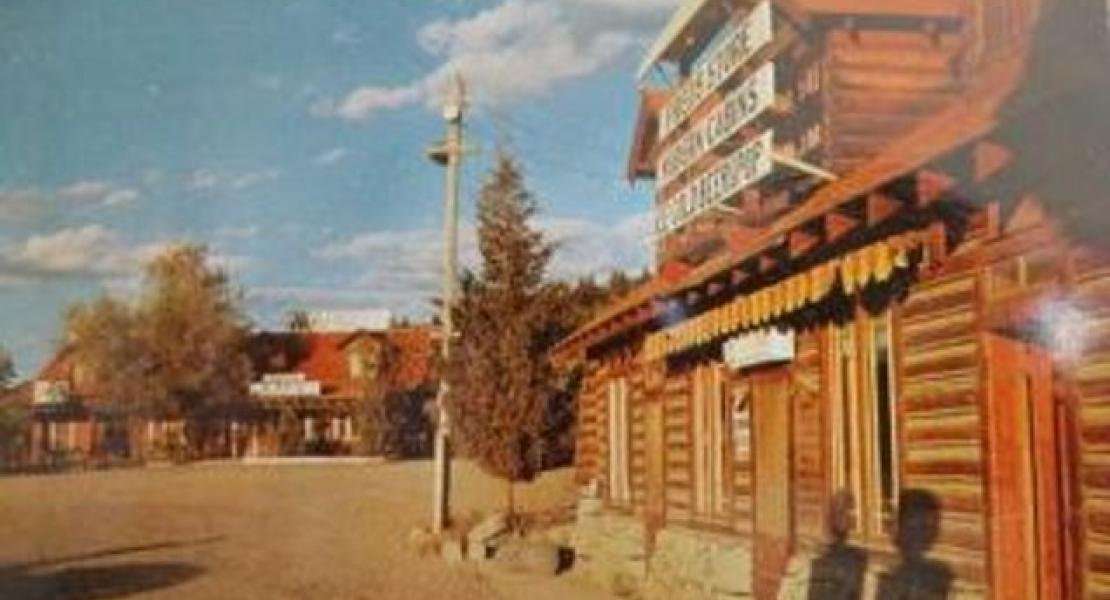 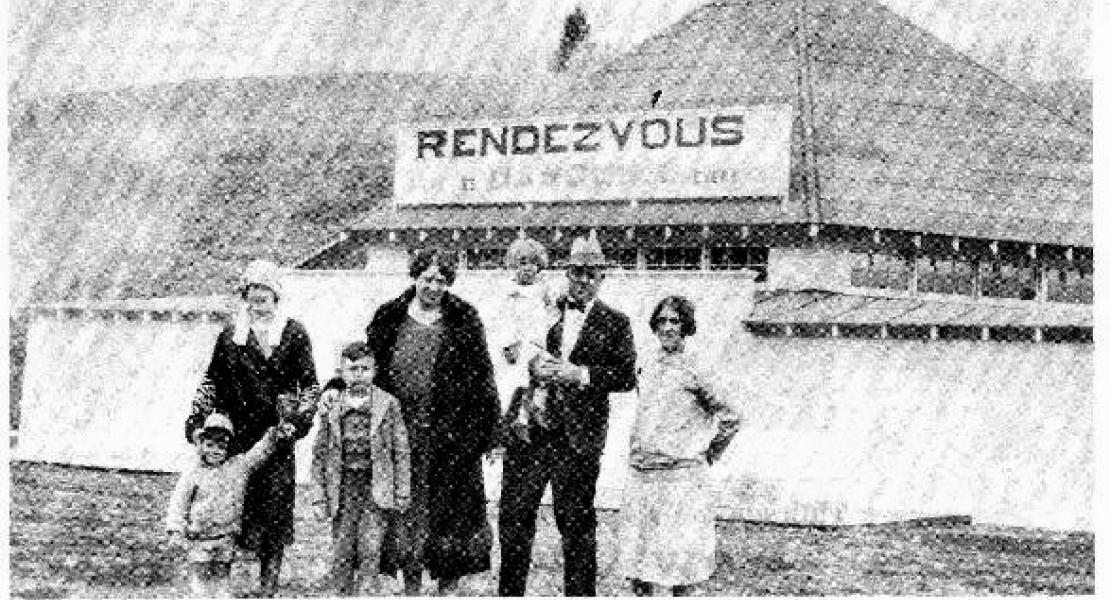 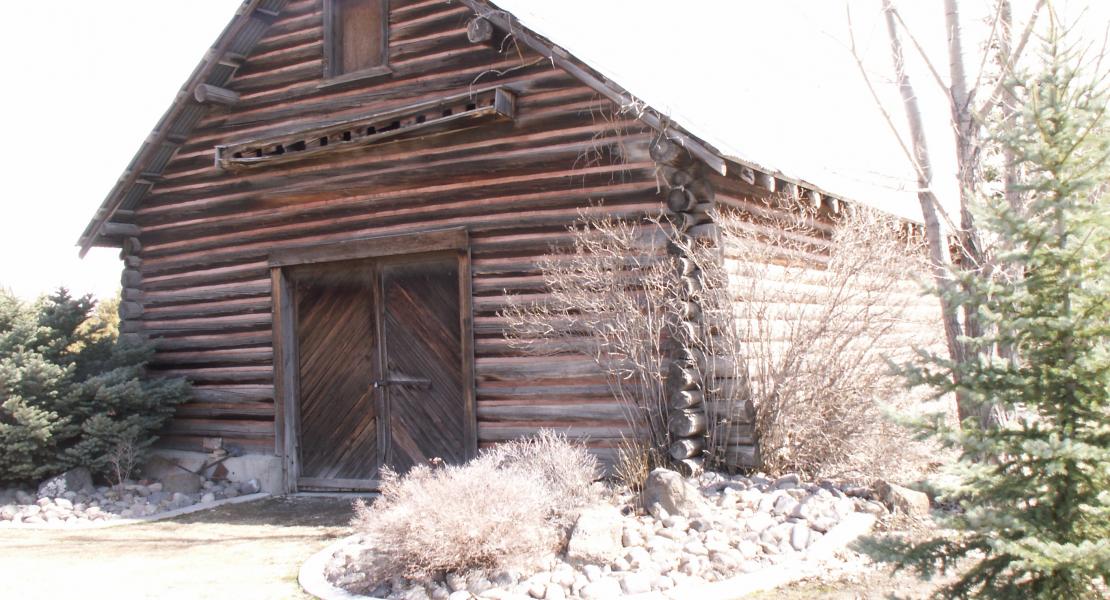 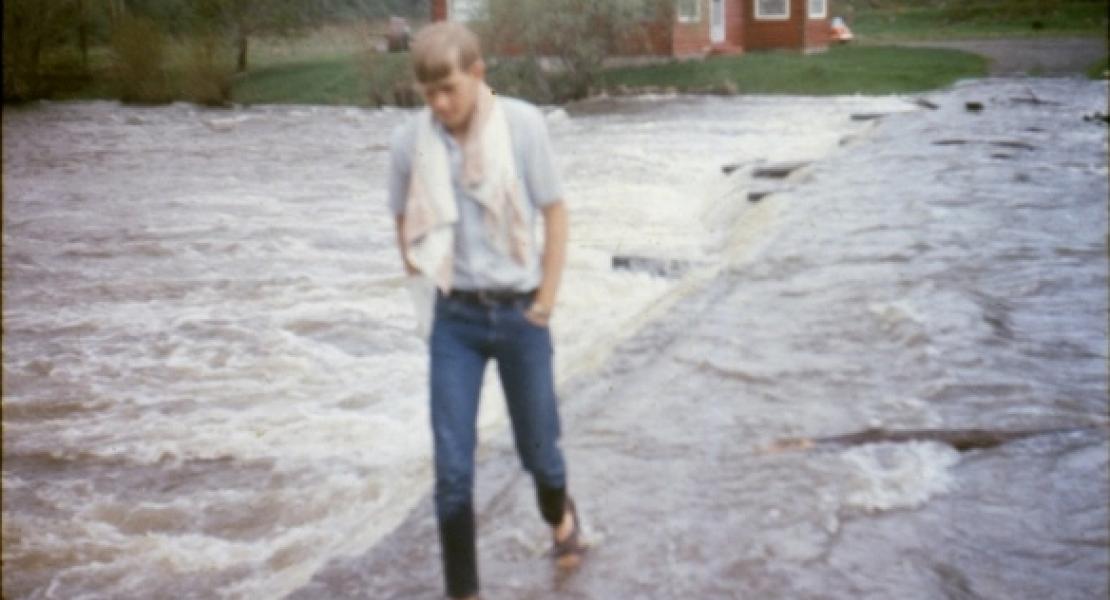 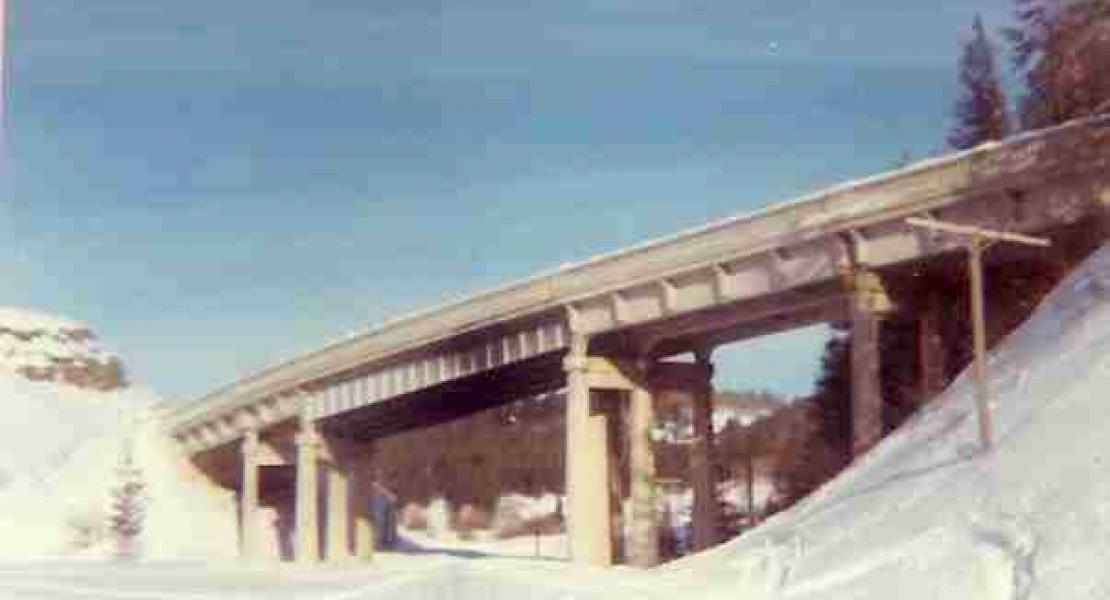 Of course, no story could be written about Warm River without talking about Fred Lewies. Fred was not your typical sod-busting German or Mormon immigrant which was so common of all the others settling in the area. Fred and his brother Jack were born in the Estonian region of Europe. The young brothers were sent to live with more well-off relatives in Johannesburg, South Africa. As a young teenager, he participated in the Boer War and was captured by the English, and was taken to England as a prisoner. Not being detained long, he was released into a strange new land. Being skilled, he joined a traveling show troupe as a fancy rope performer and trick shot artist, and in time performed before the kings and queens of Europe. During this time Fred became an accomplished photographer. This career took him to the far-off lands of Australia, Asia, and South America.

In 1910 the troupe landed in North America. Fred then traveled west possibly stopping in Cleveland, Ohio to visit a sister who had immigrated earlier. Fred first came to Driggs but soon afterward going to Rexburg where he operated a photo studio and ran a small farm. While living at Rexburg in 1920 he met and married Berta Keck who had immigrated from Switzerland.

After marriage, Fred and Berta ventured north of Rexburg and found an area that reminded them of their homeland in Europe. Most farmlands in the area had already been filed on by farmers, but the land in the bottom of the canyon was available, so Fred filed a homestead and started to develop the Warm River Inn and Rendezvous Dance Hall.

Fred incorporated Warm River as a town with the State of Idaho on June 9th of 1947. Berta served as the first mayor. Members of the family have served as the mayor and city councilmen ever since.

The first concession stand was located on the edge of Warm River, cold drinks and food were offered for the tourists. Popcorn was sold, and what was not used, was thrown out the back window into the river, this began the long-time tradition of feeding the fish which continues to this day. The resort later consisted of a cafe, store, bar, and rental cabins. With the main highway going to Yellowstone going right past their front door, business was good for many years.

The Rendezvous featured dances every Saturday night from the early spring of each year until Labor Day. It was a thrilling sight when one was halfway down the dugway and saw the strings of colored lights that lit up the outside of the dance hall. It featured a refreshment counter near the ticket booth with the tantalizing aroma of hamburgers filling the corner of the hall. There was a low fence where the men could stand and watch the dancers if they didn't have a dollar for a ticket. A large square pillar went through the center of the dance hall with all four sides being covered with mirrors. The ladies privy was connected with an enclosed passageway, a convenience that the women appreciated.

Every forth of July, Fred would entertain his guests with a fireworks display. The fireworks were shot from the rim of the canyon, directly over the dance hall. When they exploded in a cascade of glory, the canyon would echo and reverberate with the loud booms.

The Ross Dunn Orchestra was the most favorite band to play at Warm River. Dances were held up until about 1950. Fred never allowed alcohol inside the hall, but a brisk business was carried on out in the parking lot during prohibition. Jim Hoy who ran a still in the Greentimber area was one of the main suppliers of moonshine. Roller skating was done for a couple of summers in the early 60's.

For years Fred was an active fur trader for the Hudson Bay Fur Company. Buying furs at Warm River in the summer and during the winter he set up shop at St. Anthony, making a trip to Ashton once a week. In the late 1920's rabbit hats were very popular. Fred would pay 34 cents for a white or snowshoe hair, and 25 cents apiece for the common jackrabbit. The carcasses were sold for a nickel a pound to an Idaho produce company, who used the meat to make dog food. On a good day, a hunter could make twenty-five to fifty dollars, a good sum money for those days.

For years, local men would help Fred put up ice off of Robinson Creek. Blocks would be sawed and stacked in an ice bunker, packed in sawdust to be kept into the summer.

Fred and Berta's son Harry graduated from South Fremont High School and attended the University of Idaho where he served as Student Body President and was active in ROTC. When World War II broke out, Harry served as a lieutenant colonel in the U.S. 3rd Army in the Battle of the Bulge under General George S. Patton. During his service he earned the Silver Star, Oak Leaf Cluster, and a Purple Heart.

After the war, Harry returned home and helped his parents run the resort and was one of the four partners in Bear Gulch Ski Basin. He and his friend Clix Allen built the small log home across the Warm River bridge and called it Harry's bachelor house. He married Lillian Glover in 1951 and made their home in St. Anthony and living at Warm River during the summers.

The main highway to Yellowstone was rerouted up the Ashton Hill in 1957 bypassing the resort resulting in a great downturn in business. The old Rendezvous Dance Hall that had stood vacant and unused was burned down in the mid-1960s. Harry leased out the store and cabins to various parties during the '60s. Never wishing to go back in the restaurant business again, he had the cafe and bar building dismantled and a small home in Chester was built with its salvaged material. For several years Bonneville School Dist ran its outdoor education program out of the old resort.

In the late 1960's Harry remodeled the old Keppner home and built on an addition opening a supper club and bar called the Ranch House. The business was sub-leased at different times to local restaurateurs, Jill Lehmkuhl, Harry Housley and Larry Hossner.

In 1974 after the old store and cabins had sat idle for several years, Harry approached the Orvis fly fishing equipment company about opening up the first Orvis endorsed fly fishing lodge, catering to serious fly fishing clientele. The resort was renamed Three Rivers Ranch and expert guides were hired to teach the new trend in fly fishing, catch and release. After 85 years of transition, the Three River Ranch remains a popular destination resort.

The Warm River area up until recently has remained quiet, with always a steady flow of vacationers in and out of the popular Forest Service campground. The farm ground on the north side, being poorer soil, has sat in the Gov't Conservation Reserve Program. This ground is now being sub-divided and large homes are now going up at a fast pace. The farm ground on the south side still remains productive, but the pressure is on for the families that have owned the ground for three generations to sell for development.

The area will see increasing pressure as interested people seek to live in an area that is a closer commute to their job, but still offers all the amenities of the great outdoors and great fishing.