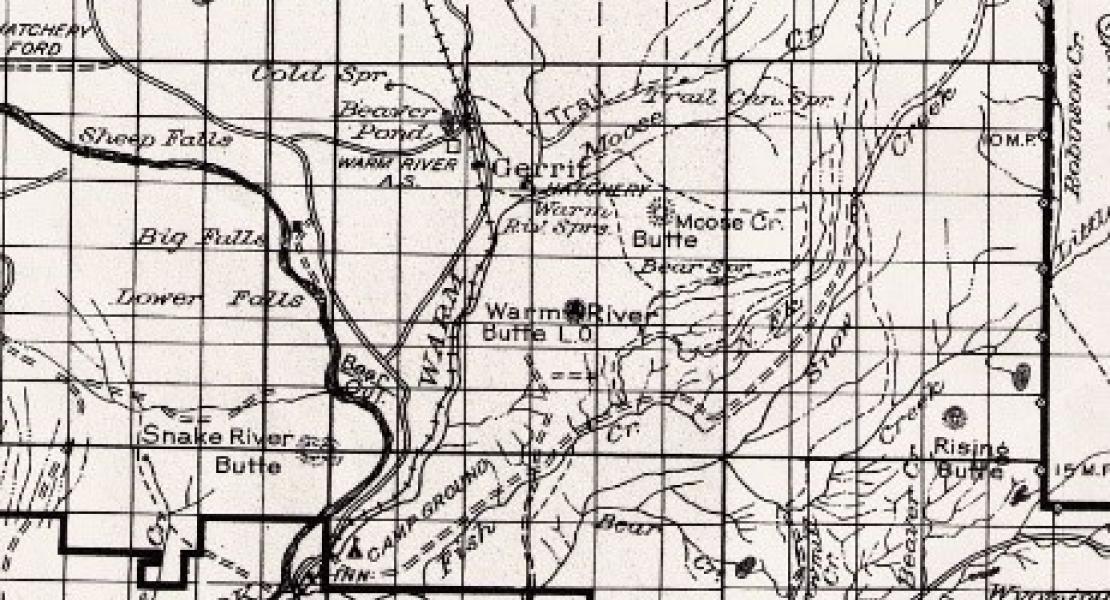 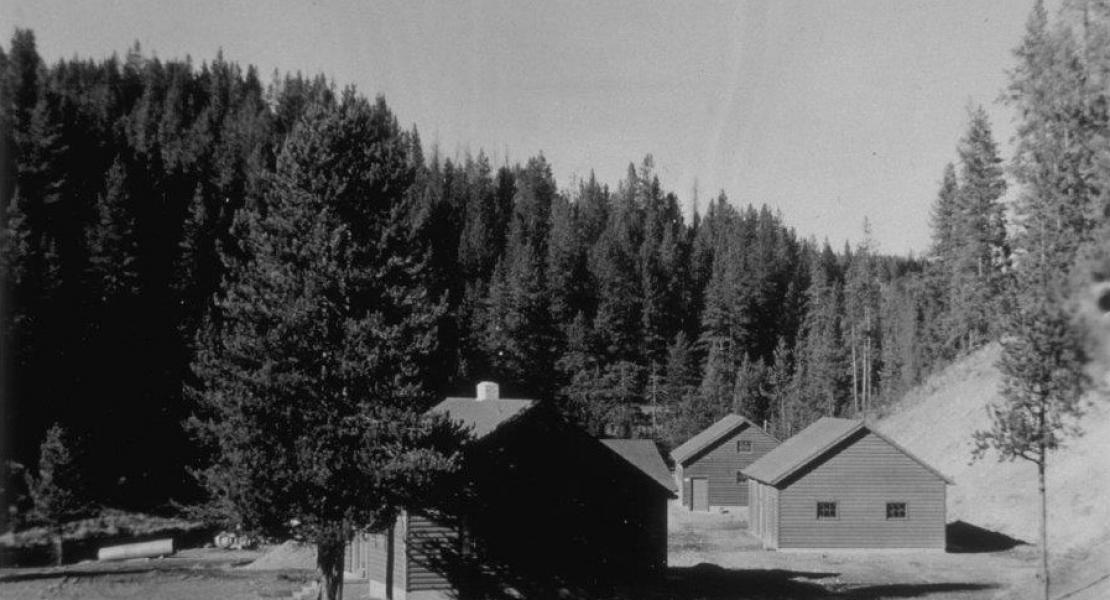 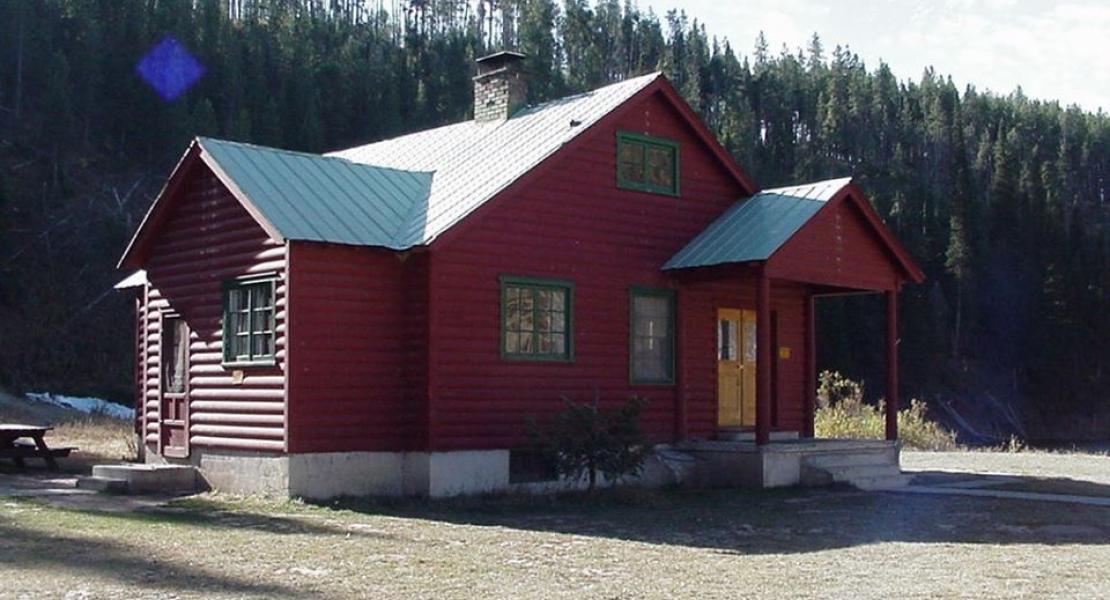 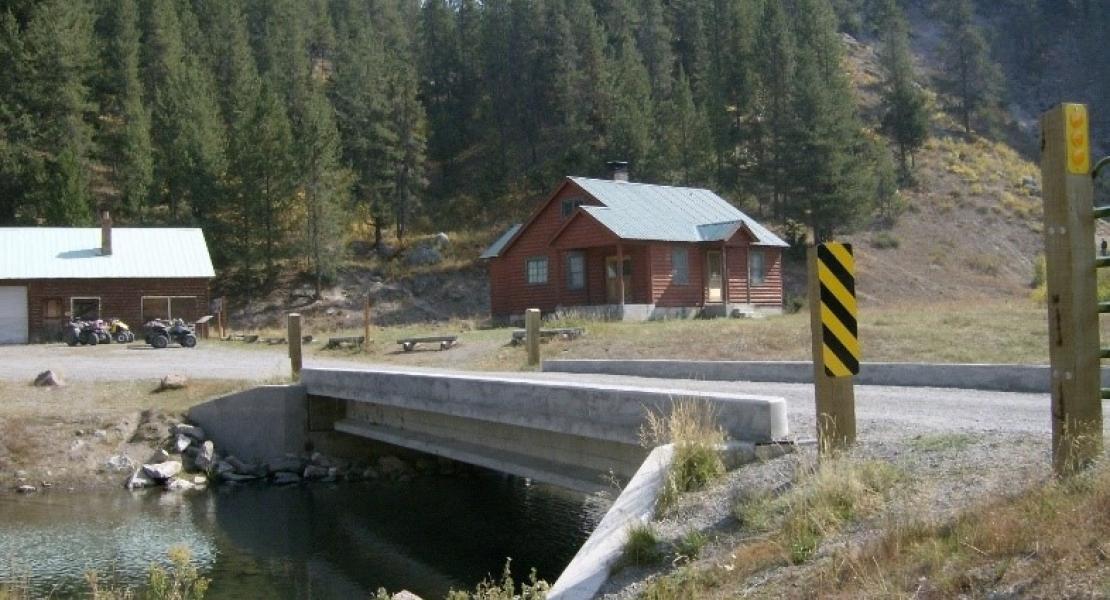 The Warm River fish hatchery, located on the Ashton Island Park RD has a long history. The Warm River Spring, the source for the Warm River is named for its elevated water temperature. This warmer water and other natural conditions provide for ideal fish habitat. The Idaho Fish and Game (IDFG) operated a fish hatchery at this location from 1908-1923. The original hatchery building constructed near the turn of the century was a 40’ x 80’ log structure.

The beginning of the Warm River Fish Hatchery can be traced to a verbal agreement between the Bureau of Fisheries (US Department of Interior) and the Targhee National Forest in March, 1935. Actual plans for the hatchery were drawn up in 1938. According to a letter of April 8, 1938 from Mr. Fred Foster of the US Fish and Wildlife Service: “…the Bureau will assume full responsibility for the operation of the hatchery, and deliver to the Forest Service for planting in waters of the Targhee Forest all fish produced; The Forest Service assuming responsibility for receiving the fish at the hatchery and distributing them…” This site was somewhat central for distribution of fish to the streams in the upper Snake River drainage and it was accessible by improved road from the Yellowstone Highway.

The current facility was constructed by the CCC (Civilian Conservation Corps) “boys” from the nearby Porcupine CCC Camp. Construction began in the summer of 1938 and was completed by 1940. Three buildings were on the site and included a dwelling, a garage, and a hatchery building. William Eichner, a former CCC enrollee at the Porcupine Camp, recalled (1990) that the CCC had also constructed the bridge (a heavy beam type) over Warm River.

Operation of the hatchery began in the summer of 1940 and continued into the early years of WWII. In February 1943, the USFWS informed the Targhee National Forest Supervisor Mr. M.S. Benedict that they would not be operating the hatchery until further notice, citing the shortages of personnel and materials due to the War. Supervisor Benedict in his reply offered the following suggestion: “Can’t you get the State to operate this hatchery? It’s a shame to let it lie idle. A caretaker will cost some jack, so all in all, I hope you will bust a gut to keep this fine plant in operation.” His recommendation was acted upon and the Idaho Department of Fish and Game assumed operations there through the War.

Currently, the large dwelling at this location is available to rent through the cabin rental program (https://www.recreation.gov).

The cabin is open from May 15th until March 31st. It is accessible by vehicles from mid-May until the end of October. Snowmobiles, cross-country skis, and snowshoes are needed to access the cabin from early December through the end of March. The trek from Bear Gulch Trailhead to the cabin is 6 miles. Guests should be prepared to bring much of their own gear and supplies to make their stay comfortable.